ALL ABOUT HDPE PIPES and PLASTIC PIPES 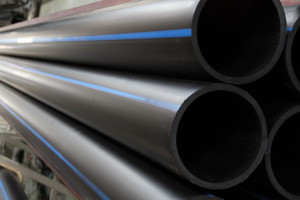 HDPE Pipes are span a wide variety of applications over the world as one the best plastic material can be used for very big area. HDPE pipes can be used safely in all areas as the following transmission applications particularly drinking water;

HDPE Pipe can be produced on diameter between 16 mm and 2200 mm as outer diameter and known with their outer diameter as nominal. HDPE Pipe technical table is shows the HDPE Pipe Technical Specification with HDPE Pipes weight chart, HDPE Pipe Thickness information and the tolerances of the values. The main specifications are coming from the usage area standard which is necessary for the applications.

HDPE Pipes manufacturing as per the world standard which is the number EN 12201-2 and ISO 4427 standard for water projects. Also the other standards are for HDPE Pipes EN 13476 – HDPE Corrugated Pipes meaning Plastic Piping systems for the non-pressure projects. EN 50086- HDPE Corrugated Pipes for telecommunication projects with the purpose on standard is Conduit systems for electrical installations as shown their used area.

You can check the following page of HDPE pipes for the HDPE Pipe Specification that shows the specs of the piping.

HDPE Pipe can be joined / welded in three methods which is the changable according to projects of the piping systmes. The plastic pipe welding methods are can be used as desired way to best suitable welding method of the using.

Faq about the HDPE pipes are the dimention of polyethylene pipe, diameters, weight of hdpe pipes, thickness of pe pipes. All this information about polyethylene pipe could be know with the hdpe pipe size chart.
HDPE Pipe Size Chart providing the informations for the pipeline projects, engineers, students, welding masters.